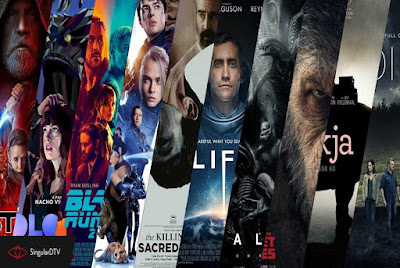 Yet we have had great movie makers who have made movies much ahead of their time and are still thought provoking to watch.  Here are my top ten all time favorite sci-fi movies.  The makers of these movies have so skillfully woven science and fiction, retaining all the plot and drama of an entertaining movie and yet raising many questions which still stay unanswered. Hope you enjoy watching these top Sci-Fi movies of all time.

This movie, directed by Ridley Scott in the year 1982 is far far ahead of its time.  The story is about Harrison Ford’s policeman Rick Deckard’s hunt for cloned humanoids called replicants.  Replicants are illegal and Rick Deckard plays Blade Runner, the specialist in eliminating such replicants.

The empathy test shown to be used in movie to identify humans and replicants is very similar to what neuroscientists in Institute of Cognitive Neuroscience at University College, London actually do today.

This movie directed in 1968 is the magic creation of Science Fiction writer Arthur C Clarke.  Stanley Kubrick directed this movie with splendid special effects.  The movie not only had mind boggling special effects, it also had very thoughtful scenes like the Brazilian Tapirs were shown in the film as prehistoric animals.  They had brilliantly cut out a club to portray the spaceship.

The movie was much ahead of its time and can be watched with the same interest today.  The sets of the film at Borehamwood very much resembled NASA.

This 1982 movie was directed by Steven Spielberg and it redefined our perception about aliens.  The movie makes you realize that aliens needn’t be scary, evil, vice people; they may simply like you and me, scared, insecure, foolish and wanting to be home.

This 3D Animation movie, directed by James Cameron, is definitely one of the best science fiction films ever made.  It stands out in its enchanting 3D special effects.  It has all the elements of a good movie, the basic plot, drama and action is all captivating.  The detailed effects shown in this movie are sure to be a treat to your eyes.

Matrix was released in the year 1999 and was directed by Andy and Larry Wachowski.  This film reformed English Film’s use of Computer Generated Imagery.  The Matrix also popularized bullet time filming technique, which was not so frequently used earlier.

This film directed by LQ Jones is purely science fiction.  The leading characters of this movie, as the title suggests, is an eighteen year old boy Vic and his telepathic dog he calls Blood.  It depicts an era where there are no ethics and morals prevalent anymore. Scarcity dominates and survival is the predominant instinct.  The thought process of the boy in this film very much resembles that of serial killers and psychopaths who have a dead conscience.

It is a film directed by Scott Derrickson and a remake of 1951 film with the same title.  It has great special effects and has appreciably presented the central plot.  However, it sadly couldn’t make it at the Oscar.

Terminator 2:  The Judgement Day, released in 1991 was a sequel of 1984 movie The Terminator.  The movie directed by James Cameron was a trend setter movie for many future Science Fiction movies.  It is the first movie to have used natural human motion for a computer generated character and it was the first to have partially computer generated lead role.

This is another 1977 science fiction movie directed by Steven Spielberg.  The story of this movie speaks of Richard Dreyfus’ weird obsession for alien visitors.

This is yet another noteworthy Science Fiction movie directed by Luc Besson.  The movie follows the standard plot of good versus evil but in the course gives great insights into the human nature.